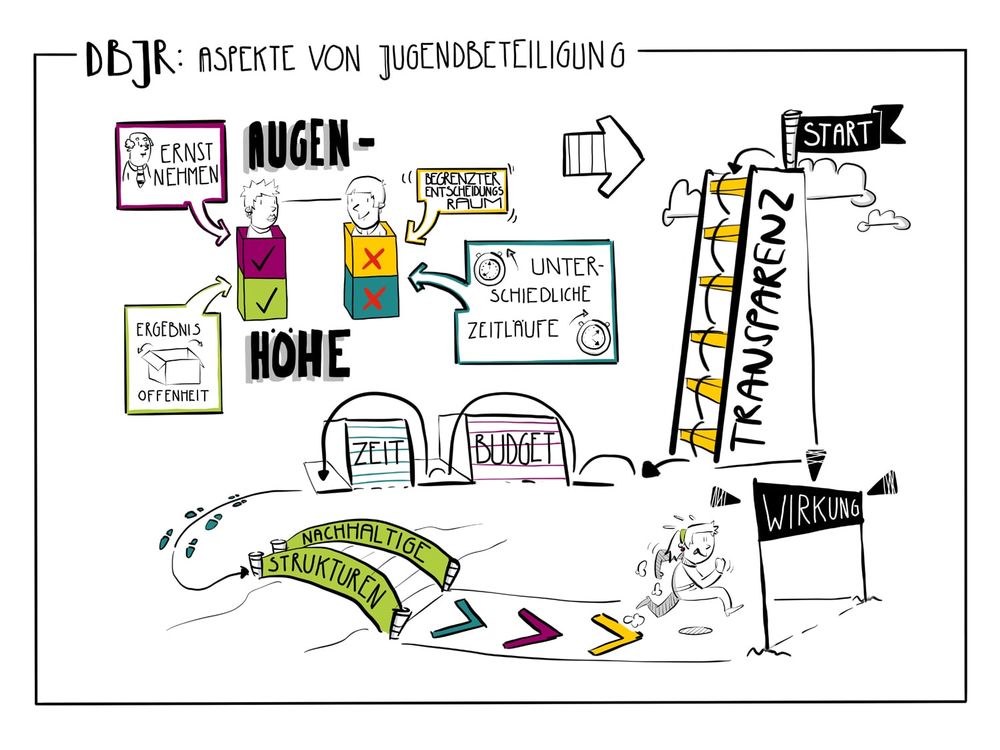 Werkstatt MitWirkung as part of Deutscher BundesJugendRing has visualized aspects of youth participation in collaboration with Piotr Paluchowski. The pictures help in understanding the complex topic of youth participation and the work of Werkstatt MitWirkung. They will be used for flyers, information brochures and banners. The illustrations created in the style of Graphic Recording can be downloaded and reused under non-commercial terms on their Website. 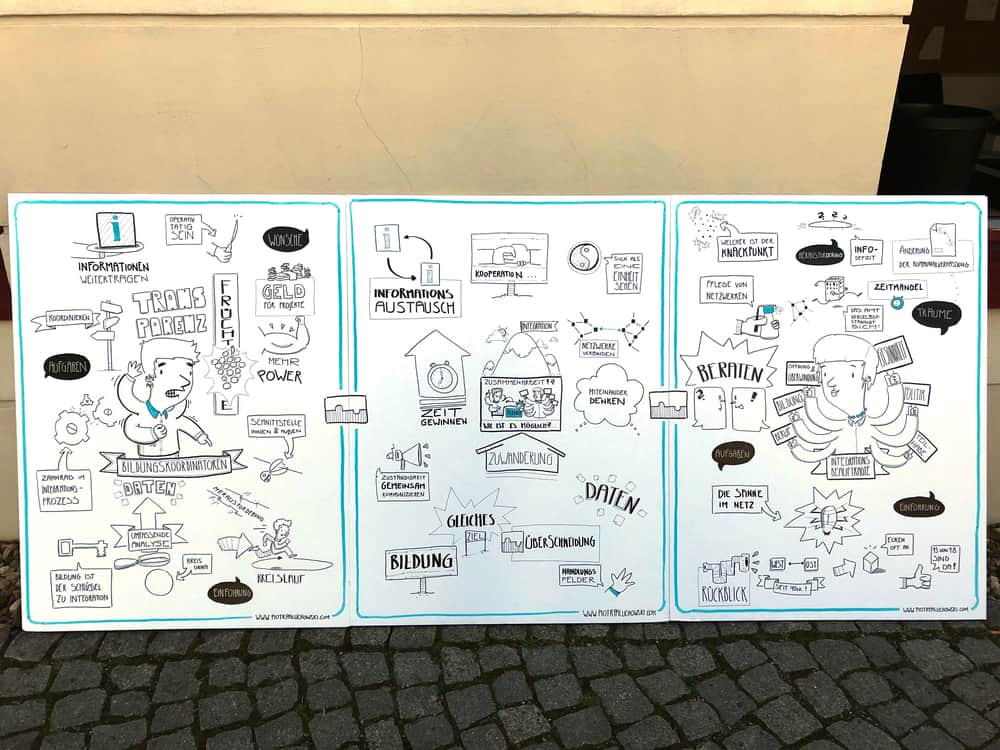 Two professions came together at an event organized by kobra.net in Potsdam: 'Bildungskoordinatoren' and 'Integrationsbeauftragte'. Both face the challenge to help people that migrated to germany in the difficult process of integration. During the workshops these two groups wanted to come together to establish cooperation and synergy. Graphic Recording was used to visualize the process and bring individual perceptions together. The resulting picture gives prove about the attempt to connect and be open for each other despite the differences. 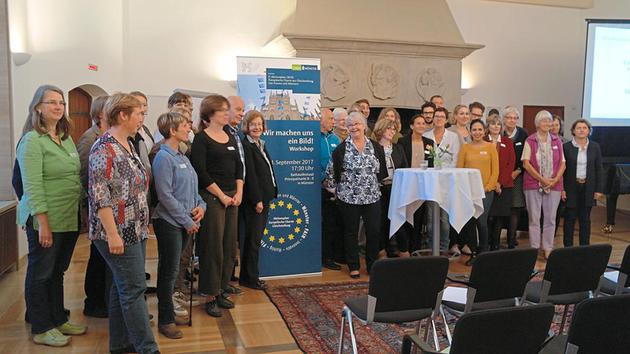 Wir machen uns ein Bild / We create a Picture - this was the motto for the Frauenbüro Münster to discuss the equality of men and women in public. Graphic Recording helped to inspire and encourage the conversation and to actually create a picture. The main input for the visual recording was the emotional aspect of the discussion. The newspaper Westfälischen Nachrichten wrote about the evening. 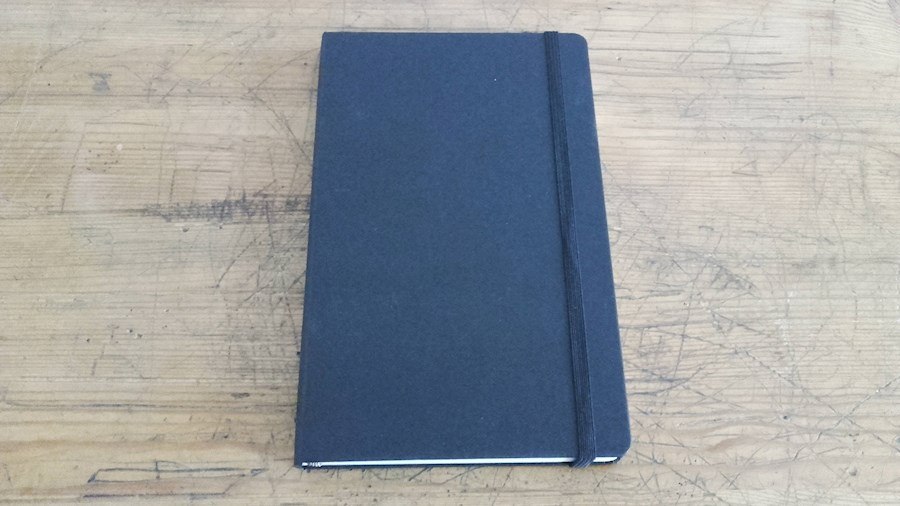 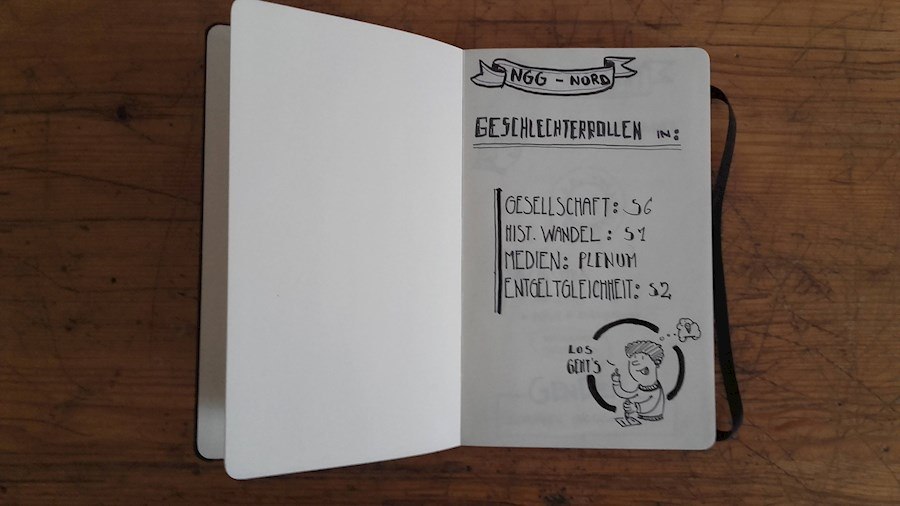 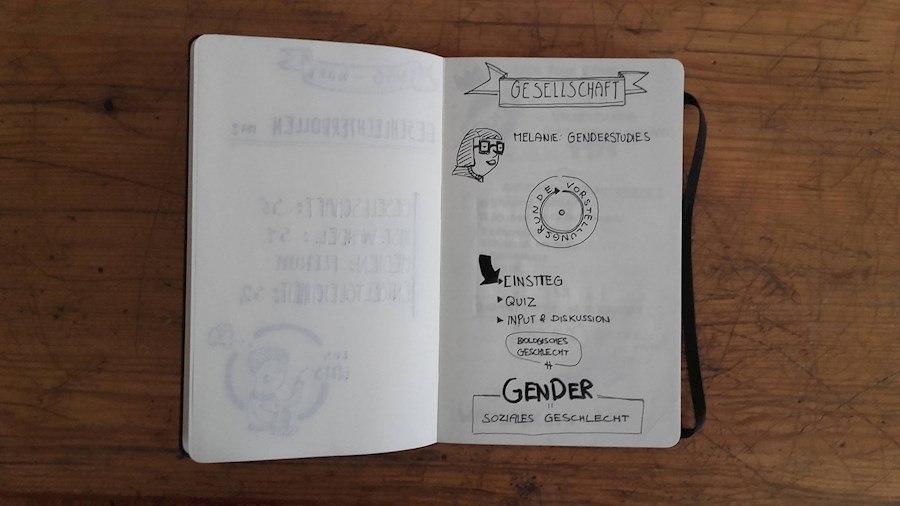 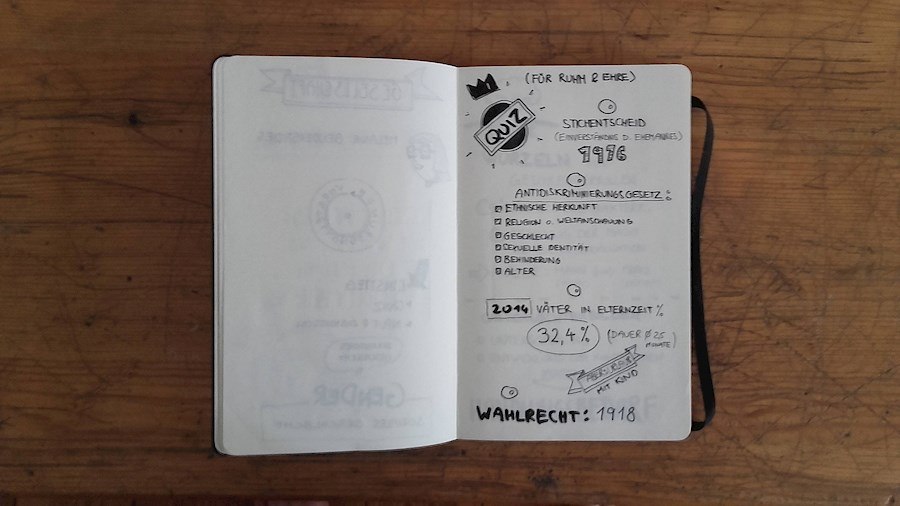 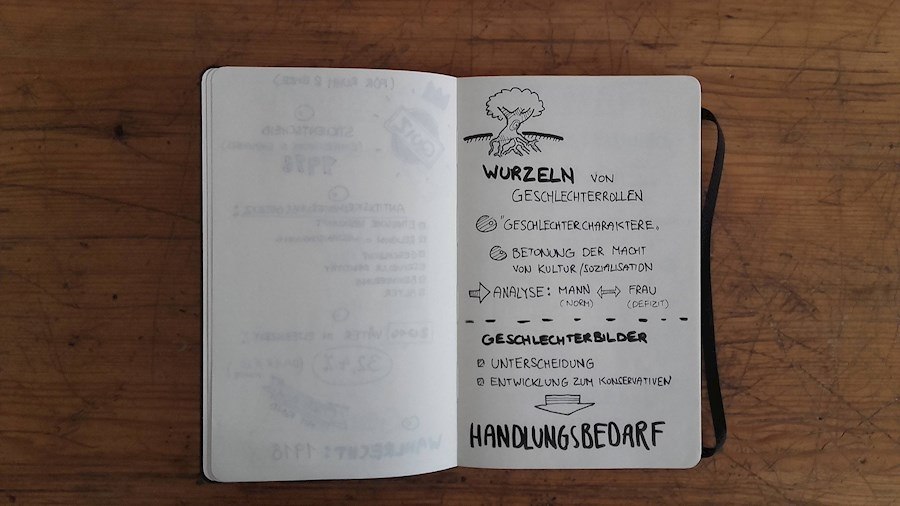 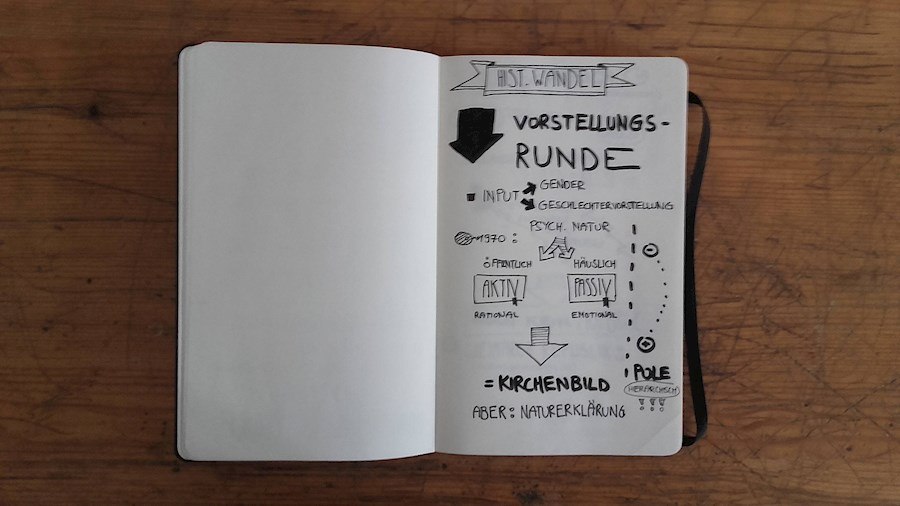 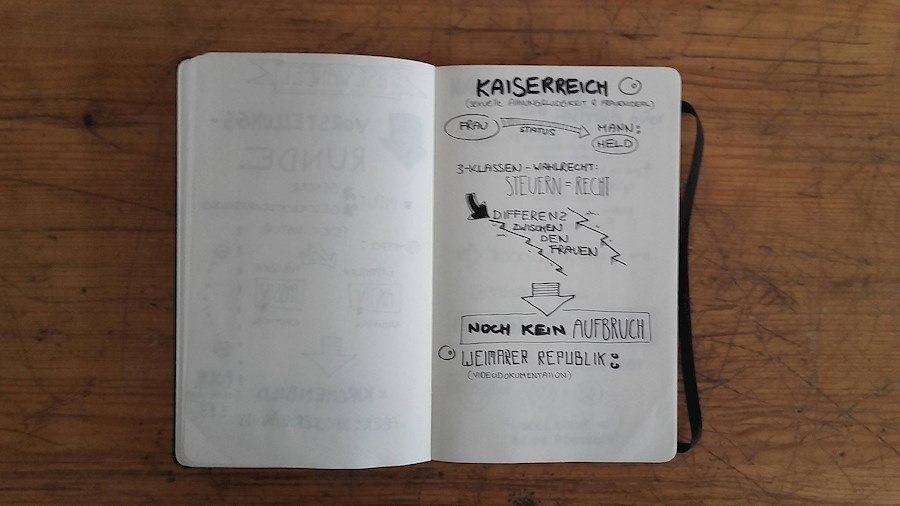 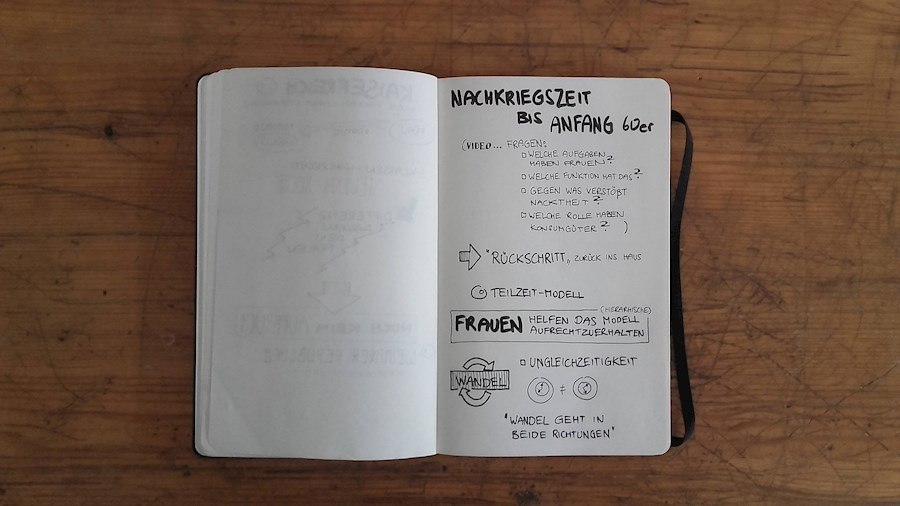 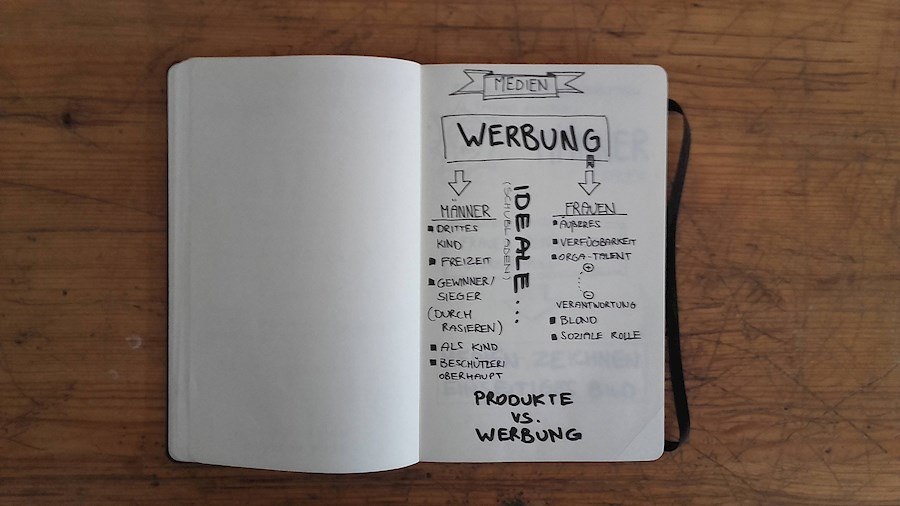 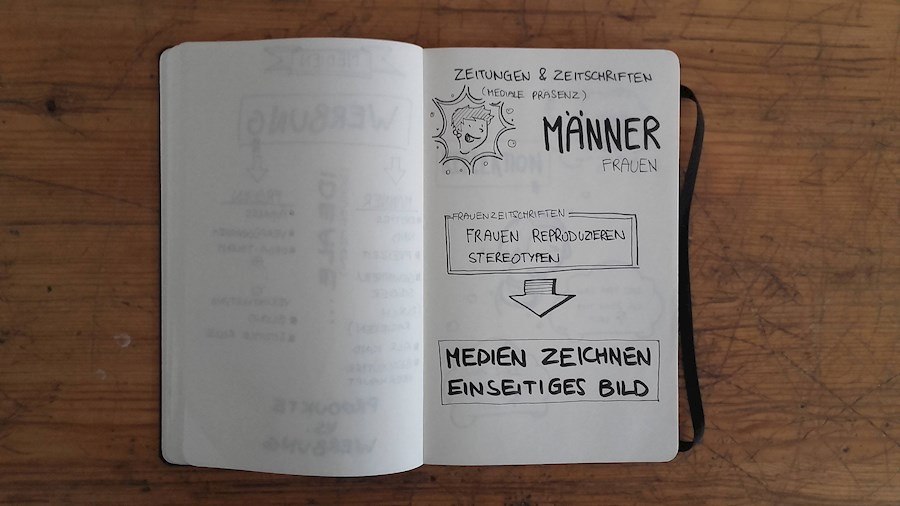 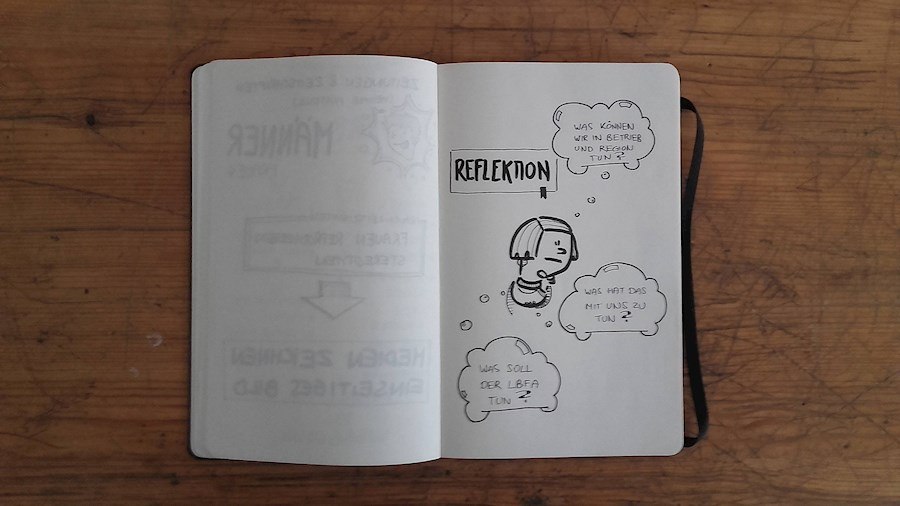 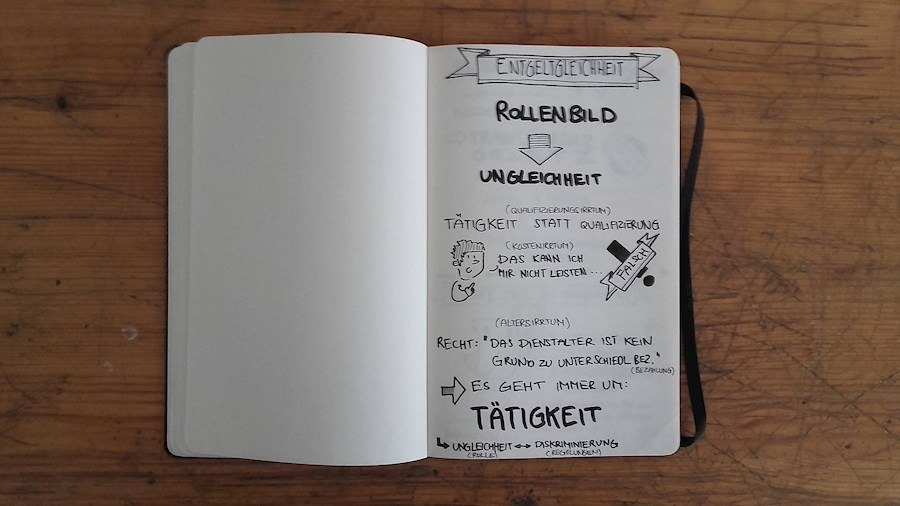 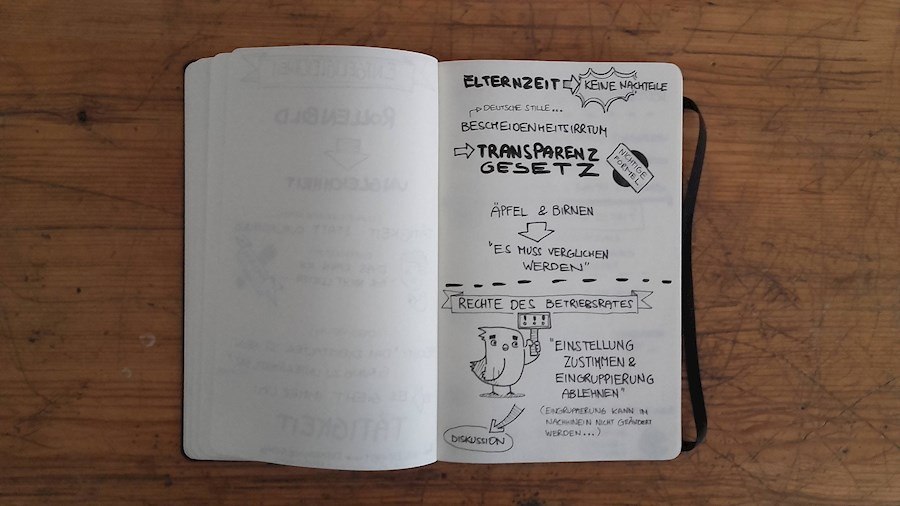 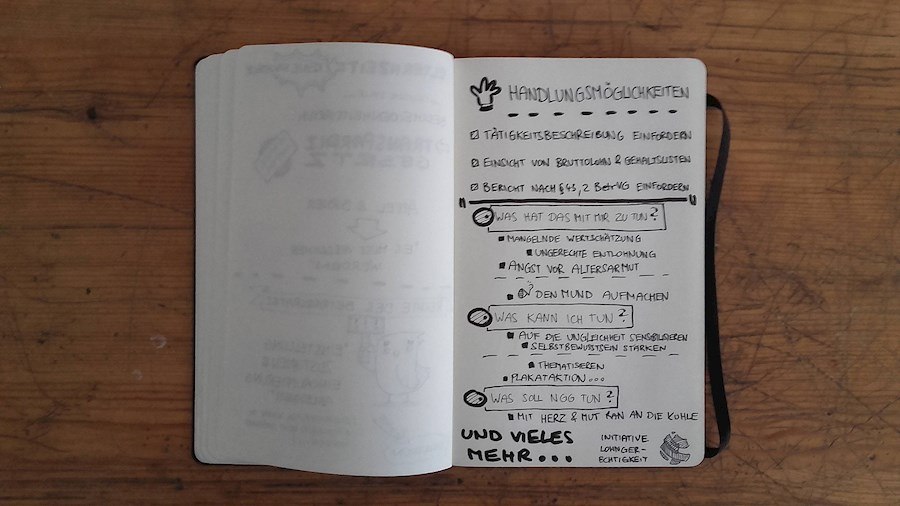 A new format got created! At a Graphic Recording for NGG a new format was born: Sketchnotes in the style of Graphic Recording. The topic of the day was gender roles. It was discussed in four separate workshops. Sketchnotes helped to handle even such a difficult format. At the end of a series of workhops each participant got a copy of the sketchnotes as an overview of the whole event. Additionally four illustrations using the Graphic Recording style summarized the content of each workshop. 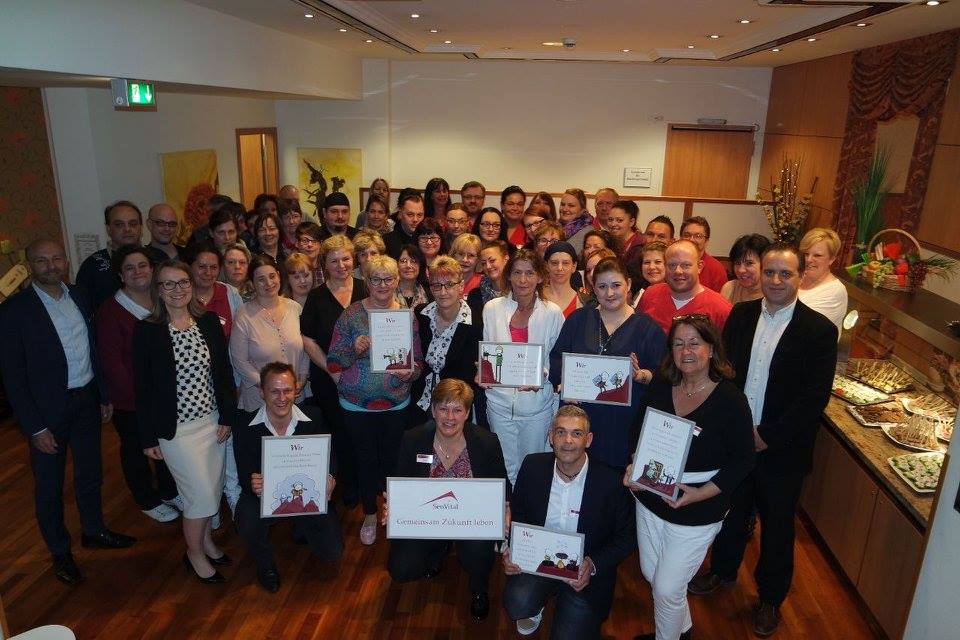 The Illustrations for SenVital go on tour in Germany. The new company culture was illsutrated and is displayed in all the locations of SenVital. Each individual picture depicts a new quality standard. Together all the pictures form an image that is promoted all over germany. The full picture can be seen in the Work Samples 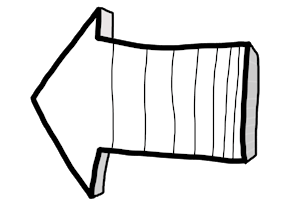